It’s safe to say that I’m totally invested in Warframe. I’m the kind of gamer who likes playing a variety of games, but I always need to have my MMO fix. Ragnarok Online started my MMO journey, and I’ve gone through several locally-supported games after that, eventually settling on Guild Wars. After that it was a quick spin through Guild Wars 2 and a bunch of other titles. I even tried Tree of Savior. After Guild Wars though, nothing seemed to hold my interest long enough. From the lack of buddies to play with to massive grind, there were so many reasons and excuses that prevented me from fully investing my time in an MMO, one of the most time-demanding genres.

Until I picked up Warframe. One hundred days later, I’m still here and I have no plans of stopping. 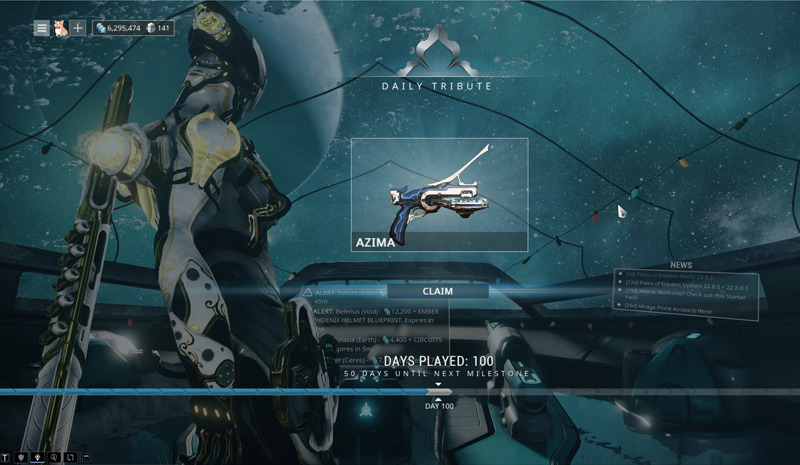 Before we get to the review, check out my overview of the game!

For a four-year-old game, Warframe certainly holds up to more modern games done on the latest game engines. From lush backdrops to character designs, it’s very clear that Digital Extremes (DE) put a lot of effort into making the look of the game stand out from the rest. Despite being a space-themed game, there is not much of an emphasis in ship to ship dogfights, which games like Eve Online did. Warframe is all about how the characters and movement look. From your ‘frame’s movement skills to how you actually interact with the environment, DE has delivered a visual experience that any gamer will enjoy again and again. 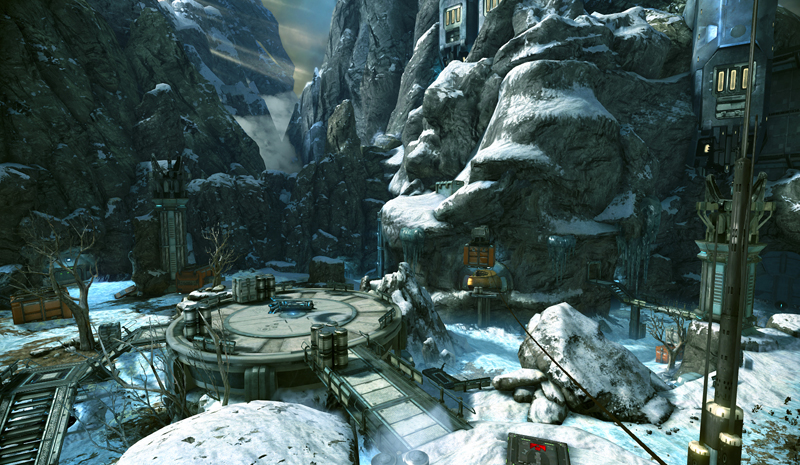 Part of the experience is the audio. Ambient sounds in your ship (called the Orbiter) make you feel less lonely while you drift in space, contemplating your next mission. Your dropship (the default being the Lisset) can be changed, and each one sounds really different (the look notwithstanding). I’ve mentioned in my overview article how players can build different ‘frames and each have different abilities, in addition to wielding weapons, and each of the abilities sound distinct from one another, which is great because it adds an auditory tell to other players what you’re using and when you’re using your abilities. Even the guns sound distinct from one another, and they all sound amazing. The Tigris Prime shotgun sounds different from the Vaykor Hek, but when it comes to boomsticks, I feel like the Corinth is the best-sounding shotgun in the game. Rifles, bows, hand cannons, single shot and auto fire pistols, throwing knives, staves, polearms, nunchaku, swords, machetes, greatswords, and even fist/knuckle weapons all have distinct sounds when you use and combo them in a multitude of ways. These add a rich, immersive layer to the game.

Each planet is visually striking, and half the fun of trying out a new weapon is listening to how cool it sounds. I feel really lucky to have experienced Warframe now, with a reworked damage and crafting system, as well as flying through the Plains of Eidolon in Cetus on my Archwing. The very existence of a semi-open world with news of more areas in different plants already makes it feel like Warframe should be a paid game, with a subscription system, with all the things the game gives to players.

Since the game emphasizes movement, your space ninja is equipped with several moves that will allow you to traverse the environment in several ways. You can walk and run in all directions, jump, double jump, slide, roll, dash, and air glide. By chaining your movement abilities, you build momentum, an invisible and subtle mechanic in the game. By timing your bullet jump into a roll, then sliding and then bullet jumping again, your momentum increases, allowing you to speed up. Because this all happens in real time, getting the hang of moving can be tricky, but the game offers a generous amount of safe, open spaces to practice. Constantly moving serves a defensive purpose against enemies, since they usually like to line up shots or shoot a split second later. 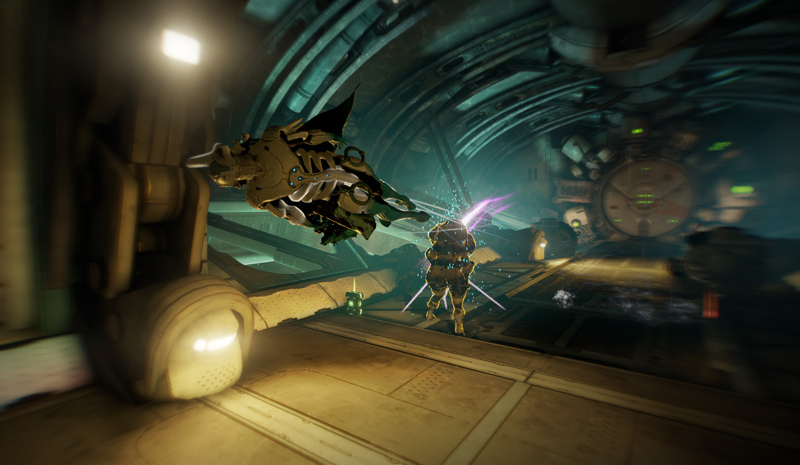 I’ve found through my hundred-day journey that it’s not enough for you to run through content. The game gives you a generous amount of stairs to go up or down, but there are crevasses that need a combo of a bullet jump, mid-air roll, and aim glide to have you land safely on the other side. That in itself is a challenge to master, but once you get the hang of bullet jumping and keeping momentum through rolling, missions can go a lot faster. For me, all the movement training I did on planets showed itself on the Plains of Eidolon, the vast area on Earth where objectives can be spaces a kilometer apart. If you don’t have an Archwing, you’d better know how to chain movement abilities together or else spend a great deal of time running.

Warframe is not a game that holds your hand through its content. The game is heavily reliant on its community – the veterans helping out new players, new players banding together to work through the content they’re experiencing for the first time, and Digital Extremes being very open and accessible to everyone. That said, Warframe needs a good amount of research: going to the wiki, watching and interacting with Warframe streamers on Twitch, and watching video after video about builds, strategies, and even Warframe-weapon synergies. Being a dated game has its benefits; you have a wealth of content online waiting for you. However, it can get pretty overwhelming for a total newbie at the game, so take it slow and at your own pace when doing the missions and unlocking planets. 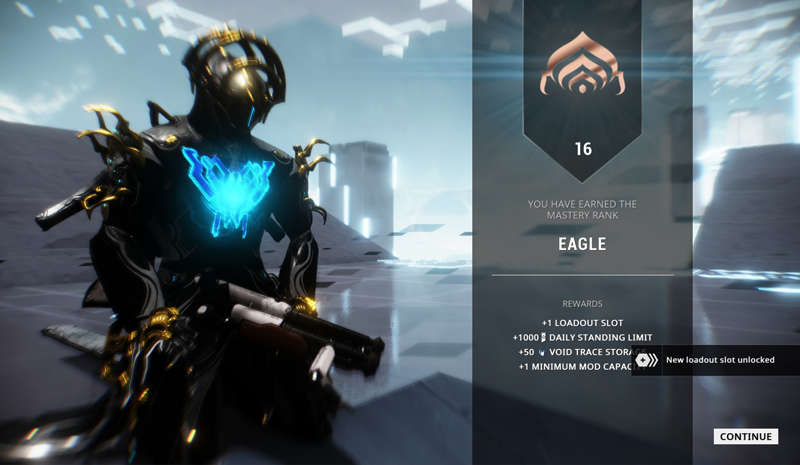 For me, each log in to the game is a learning experience. Just when I thought I’m already coasting through my daily tasks, I come across a mission that I fail, prompting me to go through it again and again, adjusting strategies, looking up tips and tricks online, or just asking help from friends. One hundred days later, I still haven’t gotten all the frames in the game! And just when I thought I have settled on a favorite frame, I get access to new frames that allow me to experience a different way of playing the game.

For an MMO, Warframe has just enough story to bring players up to speed. However, it has enough subplots just to tease the world-building the developers have made. Through Warframe-acquisition quests, you get to experience all the side stories that have happened before and during the main storyline. Activities like Kuva missions give a glimpse of what has happened to significant storyline characters as a result of your actions during the main questline. And the devs aren’t stopping there. Every new major patch offers something more to add to the story of Warframe, and players can’t get enough of it.

With the help of friends and everything I’ve learned while going through the planets, I’ve managed to complete the main storyline for the game, which really shouldn’t take long. New players who have yet to join a clan should try and do so; having people ready and willing to help you through failed mission attempts and repeated farming of certain resources is the key to finishing the story, and its built that way. While you can solo the main story quests, having veterans help you out without giving away spoilers and hearing your reactions to the revelations helps bond players to the each other and the game. There is a certain joy in helping people out, and a sense of satisfaction of having gone through the (story) trials to make you a stronger Tenno.

Looking back, I feel that I’ve come a long way from being a bumbling ninja-wannabe when I first started the game. I’ve settled on a few frames I totally enjoy playing (Nova and Ember), and have discovered a few frames I did not think I would enjoy this much (Octavia and Rhino). Warframe is a game that rewards players who grind, and even more so players who find a way to grind and have fun with it. Don’t worry, there is so much to do in Warframe that the grind feels like constant training that you welcome in order to make you a better player. From movement abilities to memorizing tilesets, grinding for resources takes a backseat when you refocus your “grind” to actual player improvement. 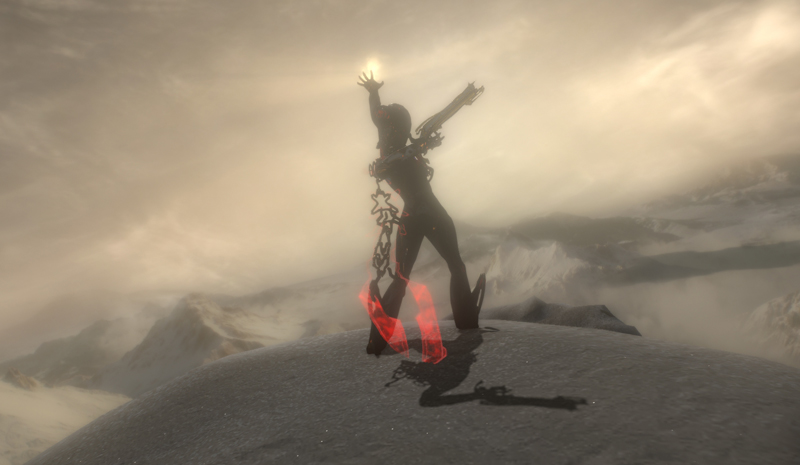 If you played the game before the major overhauls, I suggest you pop back in and marvel at how everything seems like it’s brand new again. Go to the Plains of Eidolon and just jump around to get the familiar feeling in your hands back. Move your camera around to revel in the landscape. Then drop in on Grineer encampments and bust some heads!

Warframe has more then earned its distinction as one of the coolest games around. Digital Extremes’ journey to success is a long one and it’s still being written, and I for one am so glad they were able to find their groove with this game, and we enjoy all the innovations they have put in and continue to include. If you’re looking for a free-to-play version of Destiny 2, you might be surprised at the complexity of this game but don’t lose heart; the game DOES get better the more time you put in it.

One of the most popular Warframe videos is a funny animated one about a Tenno’s first one hundred days, from being a clumsy goof to a certified badass. While everyone’s one hundred day Warframe story is unique, there are a lot of parts that ring true. Warframe is a lot about life; the grind and hustle to be better are real, and if you put in the work and just keep at it, better things will come.

See you in the stars, Tenno!