Ghost in the Shell SAC_2045 Review: A sequel of many things

geekery41 ghost in the shell3 Netflix10 news158 reviews47 sac_20451 secretlair45 shows3 stand alone complex1
The new Netflix series takes the influential franchise into new territory, with hits and misses for both its ghost and its shell.

When it comes to cyberpunk as a genre, Masamune Shirow’s Ghost in the Shell is one of the most defining titles in science fiction. Its influence, both in style and substance, can be seen and felt in many properties over the years, from The Matrix to Westworld and Black Mirror. The topics discussed, from technology, futurism, and the more human philosophies of self – the “ghost” of the franchise, were presented in a very stylish, brutal, and detailed “shell” of animation, colors, and music that complemented each other.

The series begins with a bit of catch-up: the world was thrown into a state of “sustainable war” instigated by the “American Republic” as a way to support its economy. This lead to the Global Simultaneous Default (GSD), an event that erased all debt and made all currencies (except the US dollar) vastly lose value. Section 9, the original covert operations team where Major Motoko Kusanagi belonged, has been disbanded, and most of the team have become mercenaries in 2045 Southern California. The capitalistic view of war and terrorism becomes the backdrop of the series, while the GSD kickstarted major advancements in artificial intelligence and cybernetics, which become commonplace, driving citizens in debt (plus exchanging organs) to be able to upgrade. 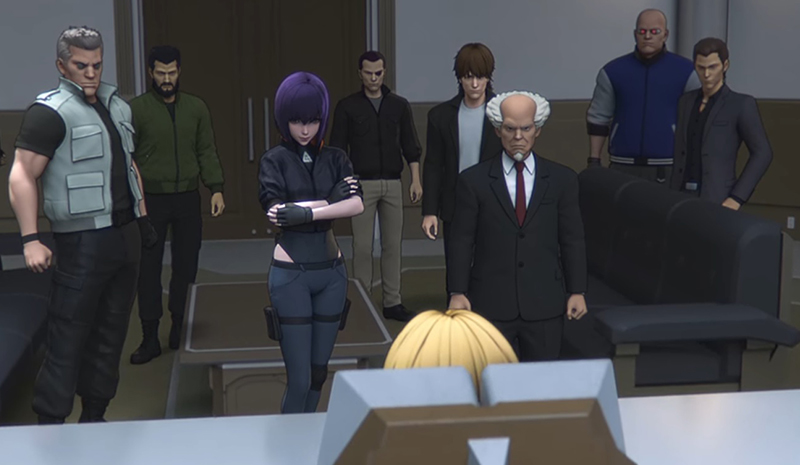 The GSD also becomes the plot device for the rise of post-humans: a blurring of human and artificial intelligence giving rise to individuals with super powers; the threat which makes itself known to Major Kusanagi. This threat also moves the plot along: Section 9 Chief Aramaki tasks Togusa, the team’s most human (he has the least cybernetic upgrades) member, to get the Major, Batou, Ishikawa, Saito, Borma, and the rest back together.

What’s interesting about SAC_2045 is its movement of its hand-holding away from Major Kusanagi in favor of others to have the spotlight. The first few episodes have temporary member Stan to become their surrogate, viewing the Major and her crew with fresh eyes and to allow for catch-up. Later, it focuses on Togusa and his quest. These are not standard issue for Ghost in the Shell. Before, it was Kusanagi doing all the introspection and hand-holding. I enjoyed having the spotlight thrown to Togusa, because he is the most relateable as a human viewer: most of his body is still organic, and he has human problems with human frailties. And finally, they give him a nice car, far cry from the dinky oldsmobile he used to drive around in older Ghost in the Shell series.

With SAC_2045 being the latest in a long line of depictions of the franchise, there really isn’t much hard core philosophy and discussion on self, one’s “ghost”, and what it means to really be alive. In a way, this series either takes into account that viewers are a little familiar with the older body of work, or it seeds it deeper into the implications of post-humans as the next step in the conversation of ghosts, or souls. It makes up for it, however, with the return of the beloved Tachikomas, the cute spider-like robots that work as agile transportation with child-like voices and personalities, new allies and Section 9 teammates, as well as the trademark violence and sleek action that is 100% Ghost in the Shell. 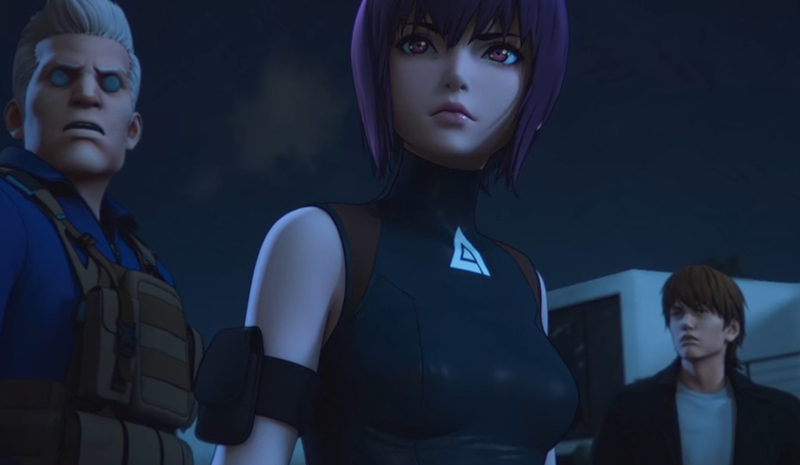 For fans of the franchise, this show can be a bit jarring to get into, primarily due to the art style the team employed. Cell-shaded CGI is the visual platform of choice for the show, a stark departure from its traditional hand-drawn animated roots. While SAC_2045 delivers the energy of movement and really nice visuals and artist Ilya Kuvshinov’s renditions of the characters are solid and really well done, the animation faltered a bit when it mattered: the facial expressions were a little lacking – an integral part of bringing the point home when it comes to shows of this kind.

No Ghost in the Shell series is complete without its nod to police procedurals, and SAC_2045 executes these very well. Its stand-alone episodes offer a breather to all the political cloak and dagger Aramaki fights while his team does the overt running and gunning, and the multi-episode subplots lay a solid foundation to make viewers start to form their own questions and implications of what has been presented. The pacing of the show right up until the ending cliffhanger pulls the rug from under you so abruptly with such great execution that you can’t help but be mad that season 2 is nowhere to be found but doing that with a smile. 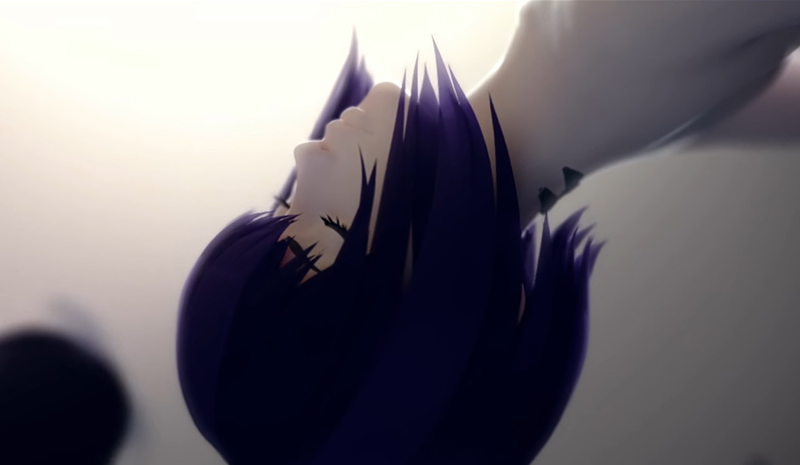 The nod to the 1995 movie’s opening where Major Kusanagi is being assembled is not lost in this modern translation as well, and what’s great is the addition of a very modern soundtrack to give a clue that this is where Ghost in the Shell: Stand Alone Complex is now; things have changed (like the subtle inclusion of 3D printing) but the questions will always remain the same. These questions may be asked differently, but their answers will always be out of reach.

Ghost in the Shell: SAC_2045 is an ambitious step forward for the franchise, retaining its “ghost” into these rapidly-advancing times; however, it still needs a bit of work on its “shell” which may or may not be addressed in the next season/s. It’s a balancing act presenting its history to new audiences, while striking out in a new direction, all the while trying to keep its essence intact. Some parts are bound to have more attention than others, and some parts of it do need to be looked at more in the next season.