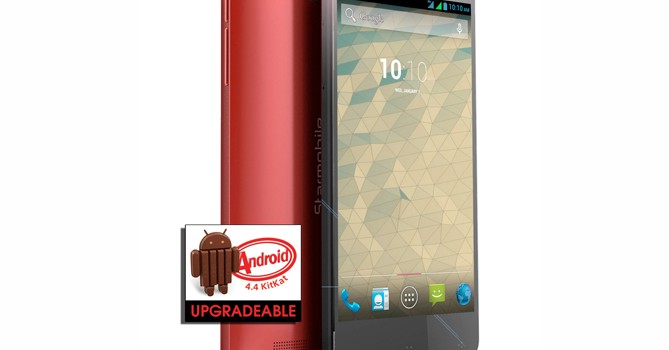 If you’re a Starmobile Octa user, then the long-awaited Kitkat update is ready for download!

The Starmobile Octa is the company’s flagship, which is one of their most advanced devices to date. However, the fact that it ran Jellybean during the time of Kitkat was a bit of a downer. That’s all in the past now as Starmobile has announced that the Kitkat update for the Octa is now available for over the air download.

The update brings a few performance and compatibility enhancements to the Octa and should now run more recent Android apps without issue. Starmobile has also played around with its camera app, installing the ‘Peaceto Shoot’ option. Users only need to flash the peace sign to activate the camera shutter and if you’ve been living under a rock, the peace sign is made by sticking your pointer and middle fingers up and apart like you’re making a “V”.

The update needs around 1GB of free space and a stable Wi-Fi connection. To download, go to Settings > About Phone > Wireless Update.