The Best Of APCC2018 And Some Things We Missed This Year

This year’s Asia POP ComiCon is over and we’re still hungover from the geekfest that happened!

From the cosplayers who came out in droves to all the cool things to see and do, APCC2018 was a celebration of all fandoms, and all-around geekiness. We were able to walk the floor and attend a few of the special events, and all in all, we think that this year’s event was a success!

We want to throw the spotlight on some of the noteworthy highlights at APCC2018, and these really caught our eye, or just made people talk about it. Some had merch, some had activities, and everything had fun plastered all over them. At the end, we talk about two of the exhibits we missed and why they should definitely be back for APCC 2019.

Possibly the biggest booth on the floor was Hall N, and we can’t stop getting excited over it. Hall N was open to everyone this time around, which was great because people weren’t held up in line for most of their time at the convention. Iron Fist was the star of the booth this year with a lot of show-themed activities for people. We took a tour of Hall N here, and boy did we have fun. The highlight for Hall N were the actors Netflix hired to make the booth more interactive: you had Josie and the Pussycats singing every hour at the Riverdale booth (dressed up as Pop’s Diner) and then pose with fans afterwards, and you also had the Hatchet Gang “roughing up” con-goers. 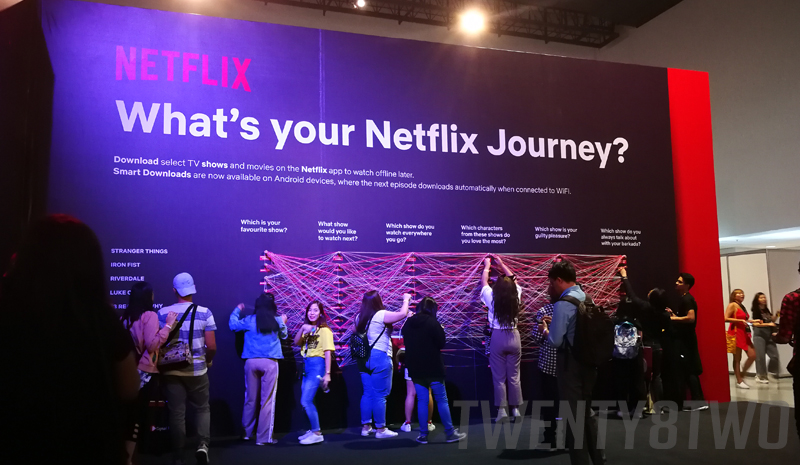 We were told of a fun anecdote about the Hatchet Gang: they were doing their skit until cosplayers dressed as the Defenders came in, made an impromptu fight choreography sequence with the actors, and gave people a live version of a fight that can totally happen in the show! It made a lot of fans happy, and that’s got to be the best feeling for these men and women, ever.

One booth that knocked it out of the park was Filbar’s on the strength of them selling the much-awaited Jollibee Funko Pop toy. When last year, it was Hall N that had the longest and most enduring queue of people, this year, that award went to Filbar’s! Their other merchandise aside, it was the 3-inch vinyl toy of the iconic bee that got people lining up. While there were logistics concerns during Day 1, Filbar’s and a handful of volunteers in the local Funko Pop communities joined forces to make sure every single person in line went home with at least one Jollibee Pop. 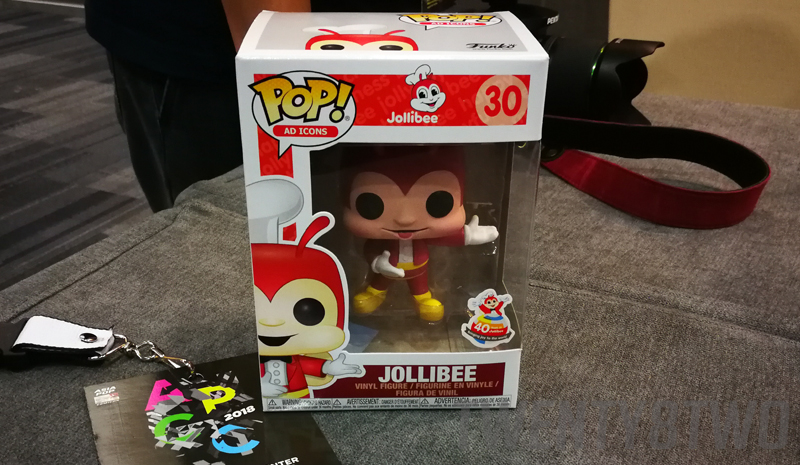 While hype for the toy was expected, what we didn’t expect in the aftermath were the super-jacked-up prices on the secondary marketplace for it. We do understand the collectability of the toy which is nothing new in the world of hobbies, but people increasing the price of the toy because it had a “signature” of Jollibee was a little silly. Nonetheless, the Filbar’s X Jollibee collab at APCC can still be a win because it made a lot of con-goers happy and put Funko Pop (and toy collecting as a hobby) further into the mainstream.

APCC brings out the best of Philippine Geekdom, and no other medium can express passion and creativity than cosplay! Thousands of cosplayers both hardcore and casual walked the floor and halls of APCC and trooped to see a few of their idols: Canvas Cosplay, Vera Chimera, Leon Chiro, and Yugana Senshi Uon. With these international cosplayers as judges, APCC crowned a new set of winners in the CAGE Competition. The top 3 winners took home cash prizes, passes to APCC 2019, and high quality sweing machines courtesy of Singer (your momma’s brand of choice for sewing machines!). 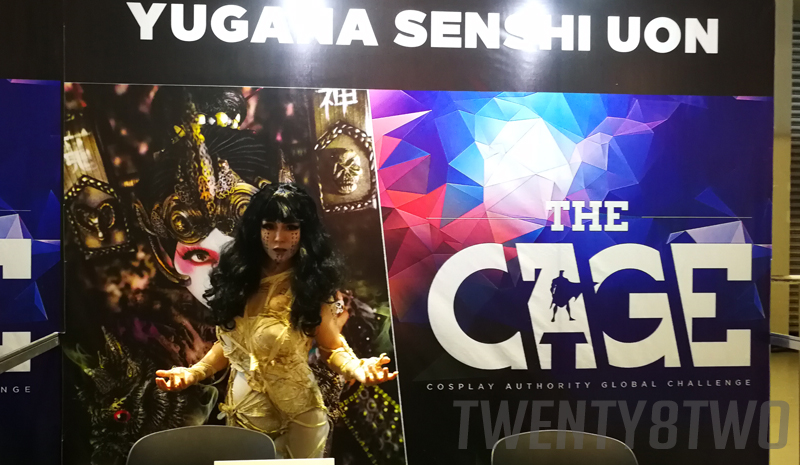 The cosplayers get a win from us because APCC would be a less colorful event without them around. Our pick for best cosplay we’ve seen? It’s probably a toss up between the Ballerina Dentata from Cabin In The Woods and the hyper-realistic and super-faithful adaptation of the Daedric Armor from Skyrim.

These two need no introduction. You’ve probably seen Tye Sheridan in X-Men: Apocalypse and Ready Player One, while Finn Jones has starred in small indie shows like oh, Game of Thrones and Iron Fist. Tye expressed his excitement at being here to the media and answered many comic fans’ burning question: will he as Cyclops pick Jean Grey or Emma Frost? 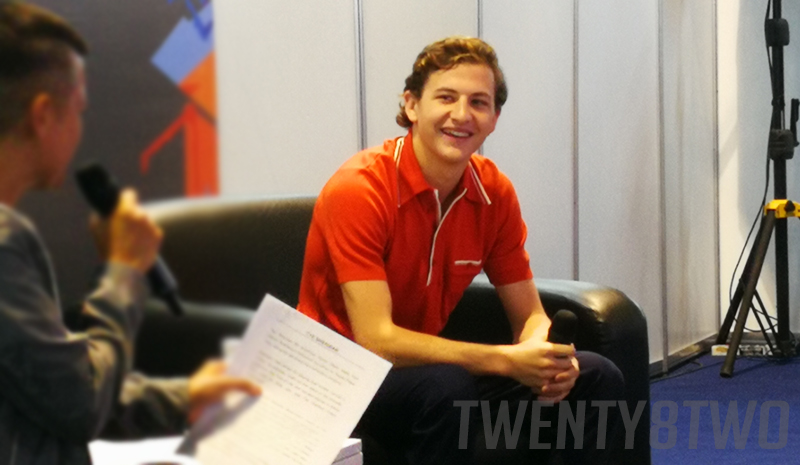 Finn Jones is the more laid back of the two, feeling very at home at a convention. Being a DJ, he’s used to cramped places and crowds, and was very enthusiastic in talking about his passion outside of acting. He also confessed that he’s a fan of Studio Ghibli works and Adventure Time as well! 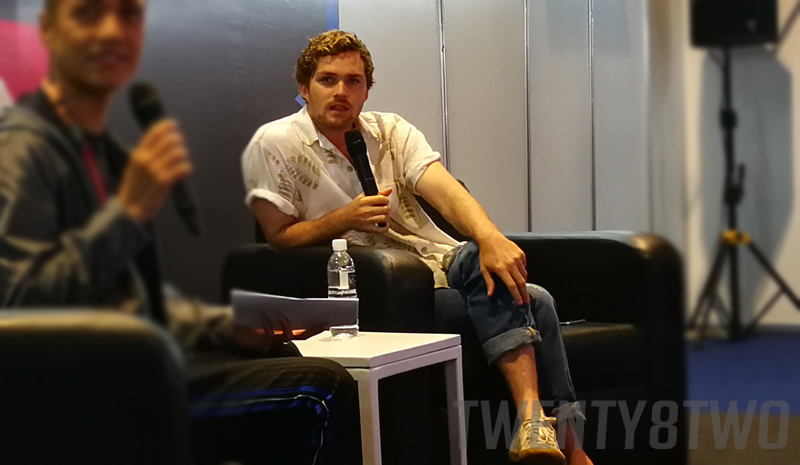 Mike Colter and Osric Chau were also present at APCC, and we loved them all! They made their fans who packed the event halls burst with cheers and applause, and sending great energy and good vibes all around. Moments like these are what fans truly cherish the most: the happiness that gets bounced around from one fan to another, and while it may be tiring for the VIPs, we’re sure they are happy-tired and not just tired-tired.

While APCC had a lot of hits with the fans, we also missed a couple of things this year that would’ve made the event beyond awesome.

Curiously, the huge Magic: The Gathering booth was absent this year. In past APCCs, this was the booth where curious con-goers would drop by and get taught how to play the insanely popular card game (it’s 25 years old and it’s still the best card game in the world!) and take home the cards you used! APCC is a celebration of as many fandoms as possible, and while not everyone can cosplay a mean Liliana of the Veil, the booth is still a welcome sight for fans of the game currently to sit with a friend and play a fun game or two, or for people like us, reminisce about the good old days of Magic (the time we were playing the game) and the fun combos we were allowed to do on turn 2. 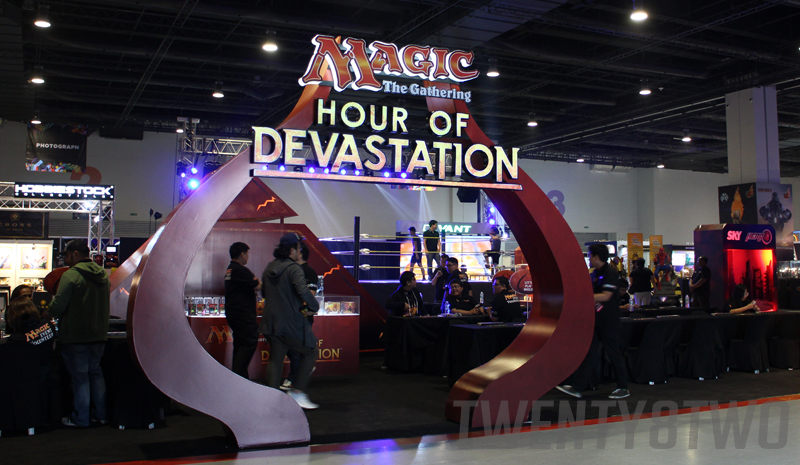 Magic is regaining a lot of fans with the release of a new core set, attracting older players (like us) with new mechanics, and new ways to play the old game we enjoyed. We hope that the booth will make an appearance next year!

Another missing mainstay for this year’s APCC is the PWR ring in the middle of the convention hall. Last year, there would be show matches in the mornings and afternoons, which drew sizable crowds to watch several people in spandex throw each other around. Most of us geeks grew up with some form of professional wrestling in our childhoods somewhere, and it would’ve been great to see the art at a venue for fandom like APCC. 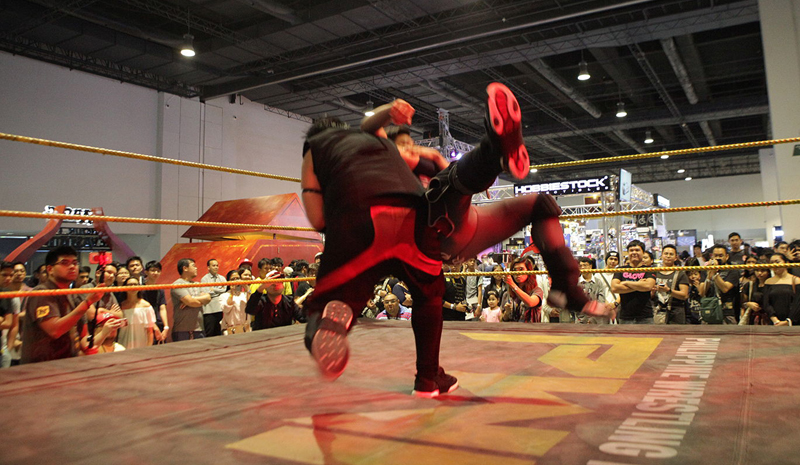 For next year, we hope that PWR or any of the other wrestling stables can come in for a couple of shows and promotions! A lot of us still dream of climbing the top ropes and crashing on a dazed person on the mat, something we used to do as kids and can only do so now as adults in a swimming pool.