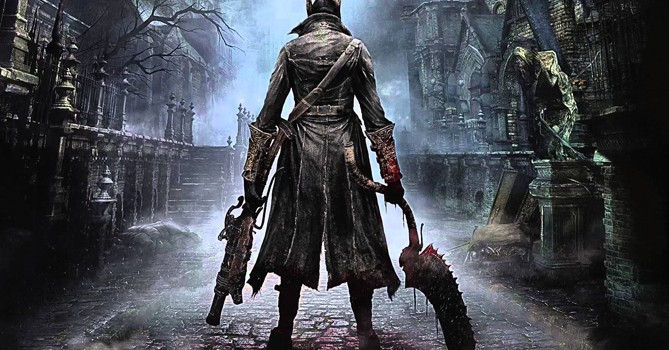 Bloodborne is up for pre-order with special edition variants

The Sony-exclusive game is coming soon to a PS4 near you. If that’s not enough, fans can pre-order variants of the game with a limited edition sword-hammer replica!

Fans of Dark Souls/Demon Souls, rejoice! Bloodborne, the newest game from the makers of the hit horror-action RPG series will be available in Asia (including the Philippines) on March 24, 2015. Japanese game company FromSoftware has partnered with Sony Computer Entertainment Japan for the creation of this game, and promises to bring more innovations than their previous game.

Bloodborne is a horror-action type of game, wherein the player has a Trick Weapon and a gun. The Trick Weapon is a two-in-one melee type, like a saw that can turn into a cleaving sword. The gun isn’t really for ranged attacks, but more of a supplement to the Trick Weapon, like a flamethrower, for example. We were able to play Bloodborne in an event and the game is very similar to Dark Souls in terms of tone and theme. The game runs on 30fps as opposed to the expected 60fps due to technical restraints. That did not really take away much from the game, and fans of Dark Souls will find Bloodborne familiar and refreshing at the same time.

Gamers can now pre-order Bloodborne, which comes in several variants. You can order the game for P2,499, or you can go for the Limited Hunter Edition, which comes with an artbook, the game soundtrack, three Messenger skins, and a PS4 original custom theme.

If you don’t have a PS4 yet, you can order the PlayStation 4 Bundle Pack for Bloodborne, which includes a black PS4, one controller, the game, a headset, and a PS4 one year extended warranty. Pre-ordering the game in any variant will net you bonus items: the Sword-Hammer Letter Opener and a Bloodborne t-shirt, both looking pretty cool.

The pre-order items are only available if you place your reservation from February 18 – March 23, 2015 at Sony Stores and at any Game One Gadget, Gamextreme, iTech, Game Gizmo, and Game Line stores in the Philippines.