It’s no secret that we’re big fans of the OPPO F3 Plus. Not only is it a good-looking phone, it’s also great performer, running most apps without a hitch. The F3 Plus also features excellent front and rear shooters, making it an excellent choice for those in the lookout for a phablet. But what about its smaller sibling, the F3?

Looking at the F3’s sales, it certainly is a hit in the Philippines; which comes as no surprise as it’s much cheaper than the Plus variant. Though with the lower price comes different specs. So, is the F3 a good smartphone purchase? We find out in our review! 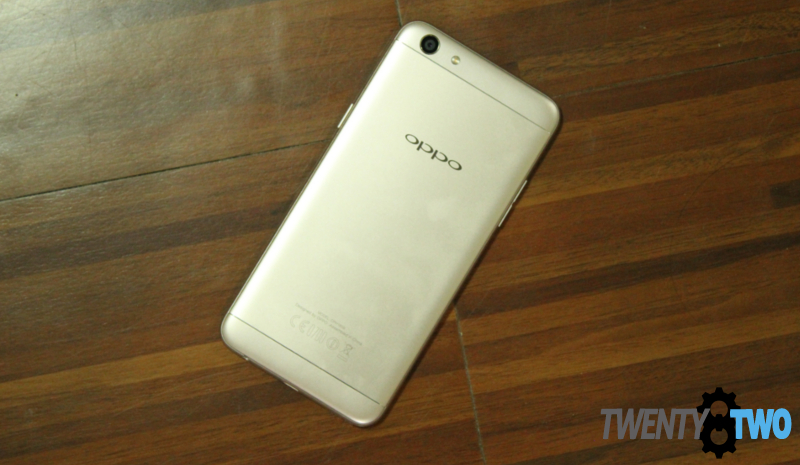 Here are the full specs of the OPPO F3: 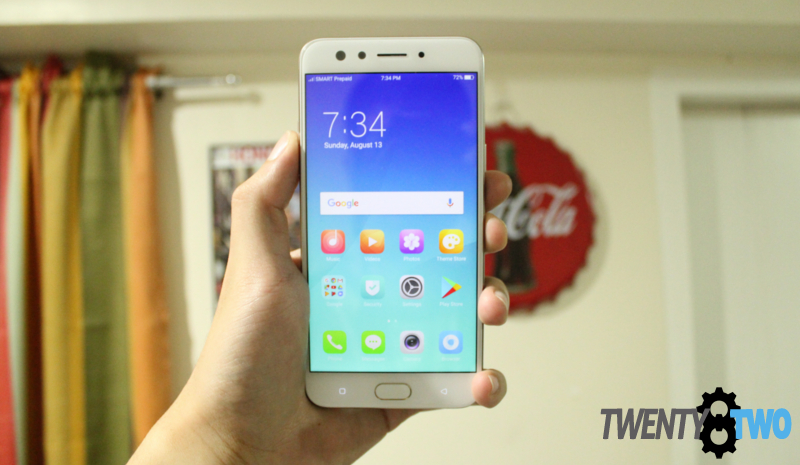 With its 5.5-inch display, the F3 is more manageable to use than the larger F3 Plus, though people with smaller hands will struggle to use this phone with one hand. Aside from the display, the front of the phone houses the dual front cameras, the home button/fingerprint sensor, and backlit capacitive buttons. As with the larger model, the F3 has a nice premium feel to it. 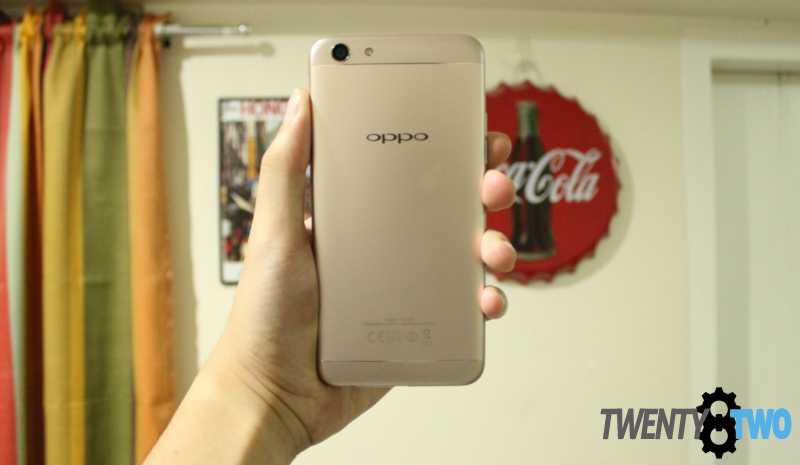 Though unlike the Plus, the F3 does not have the distinctive triple-antenna band design at the back. Because of this, the F3 looks very much like OPPO’s other phones such as last year’s F1s. 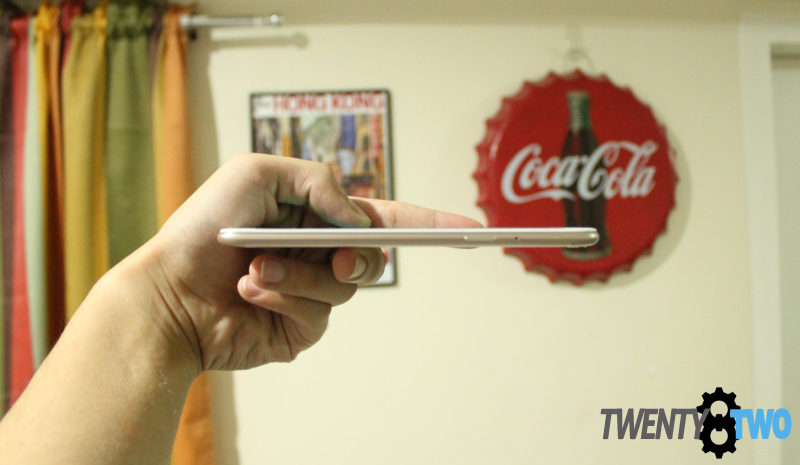 At the right side is the power button, and the dual-SIM card slot. 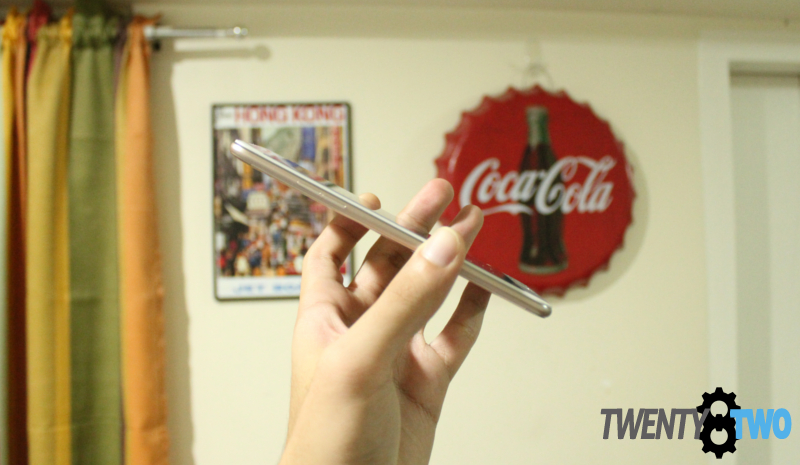 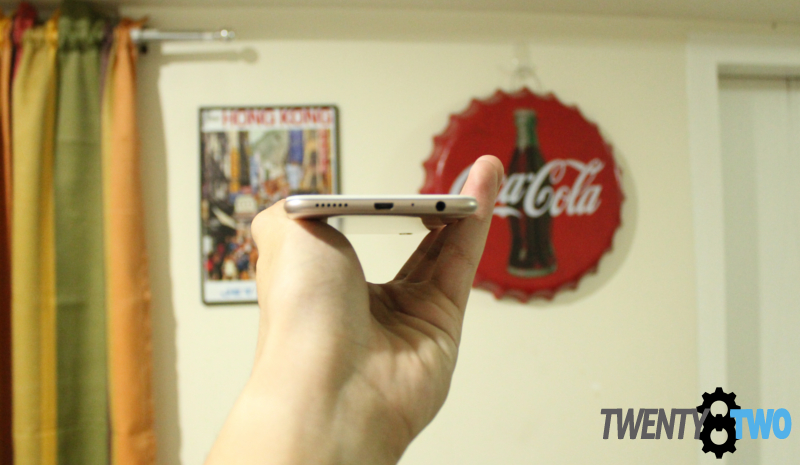 And at the bottom of the phone are the microUSB slot, the speakers, and the headphone jack. 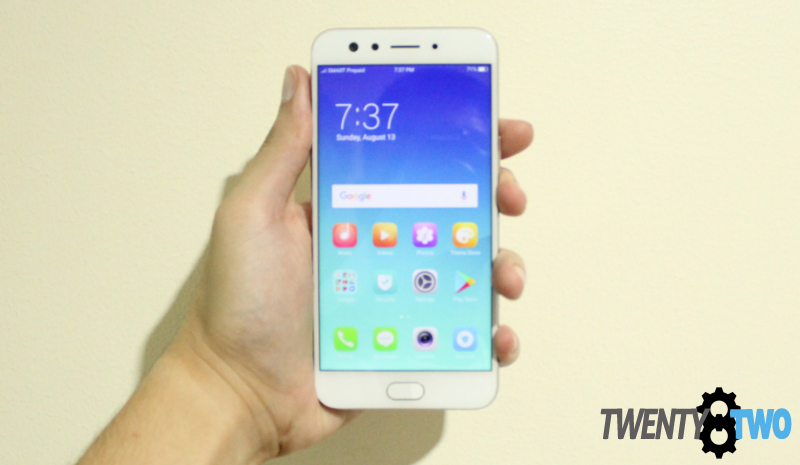 OPPO did not reinvent the wheel with the F3, as it looks very much like a typical OPPO phone. Typical is far from bad though, as the F3’s design still looks quite good. Coupled with its premium feel, the F3 is a nicely designed phone overall.

As mentioned above, the F3 has a 5.5-inch display which has a 1920×1080 resolution. As the display is 0.5 inches smaller than the F3 Plus, the F3 looks slightly sharper, perfect for some light video watching and gaming. While it’s not the absolute best display in its price range, it’s certainly a capable screen that will satisfy all but the sharpest-eyed users. 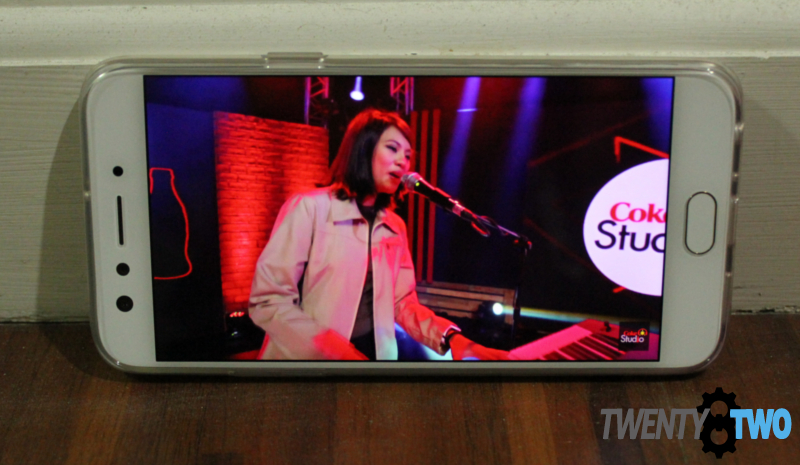 Sound-wise, the F3 has the OPPO signature sound which is slightly on the bassy side when headphones are used. This will no doubt satisfy Pop and Hip-Hop music fans. The F3 also comes with Dirac Sound software, which we recommend turning off for a more balanced audio quality. The speakers are average though, as it can lack in punch and clarity for lengthy movie-viewing. 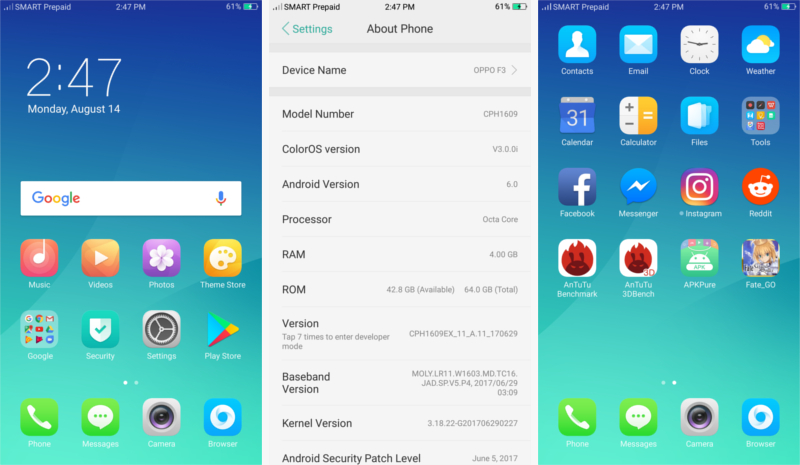 Similar to the big brother, the F3 runs on ColorOS 3.0 based on Android v6.0 Marshmallow. So our thoughts on the F3 Plus’s UI is the same as the F3; it’s a decent OS for the most part, as it’s easy to use and lacks bloatware. Though Android enthusiasts may not be satisfied with the OS still being Marshmallow (especially as Android 8.0 Oreo is on the horizon). 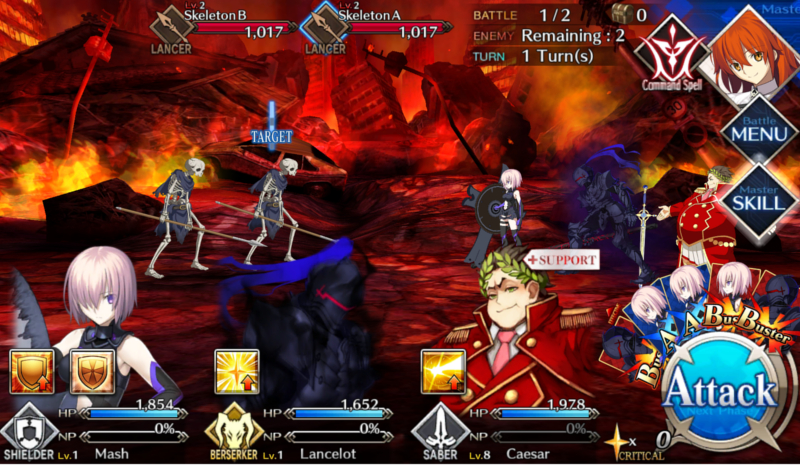 For its internals, the F3 has a MediaTek MT6750T octa-core coupled with a Mali-T860 MP2 GPU. The processor is a step down from the F3 Plus’s Snapdragon 653, but the difference is negligible in day-to-day use. You’ll only notice the gap in performance when running heavy apps or games. That doesn’t mean the F3 can’t play games though, as it can run most popular titles with decent settings. 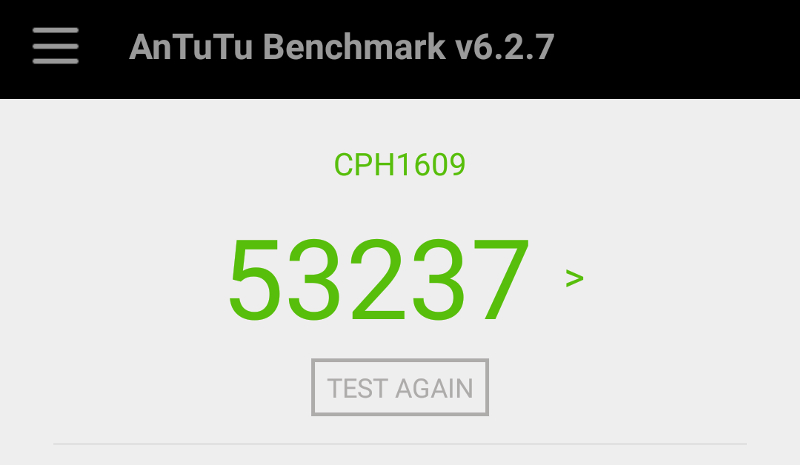 On the AnTuTu Benchmark, the F3 scored a 53237. It’s quite far from the F3 Plus’s high 91586 score, but the F3 still scored better than a number of mid range smarpthones.

While the F3 is not up to par with the F3 Plus performance-wise, image quality for photos is pretty much neck-and-neck between the two models. 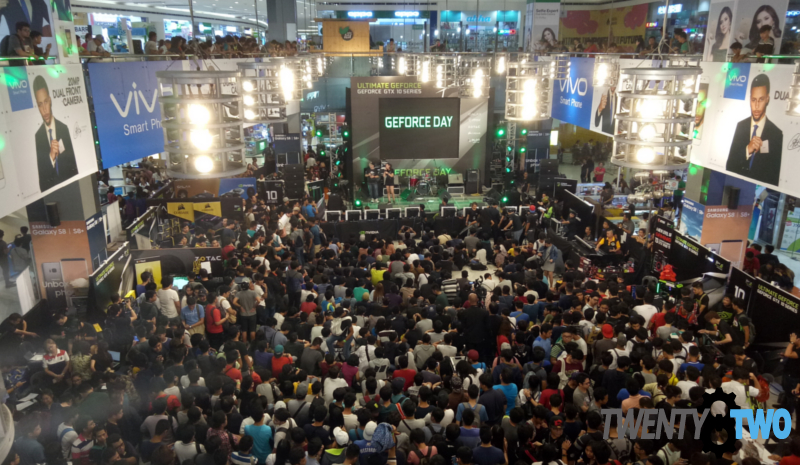 Shots taken in areas with ample lighting are detailed and have good colors. 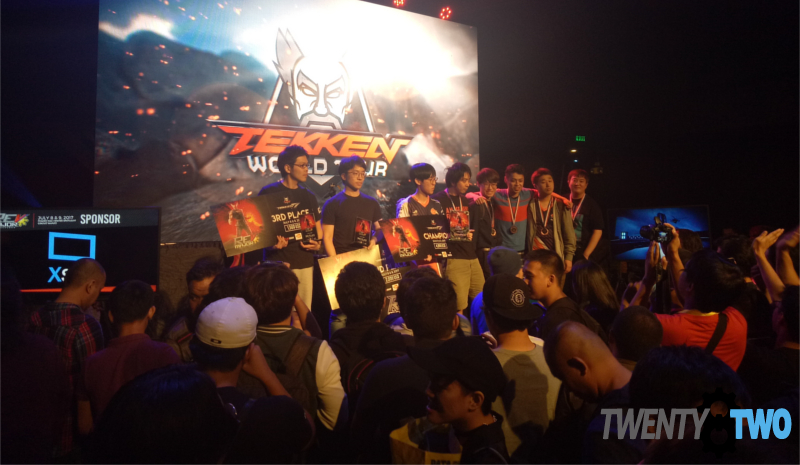 Midrange phones generally struggle with taking photos in low light, but the F3 takes fairly good photos in that regard. Low light shots generally retain a nice amount of detail and sharpness. 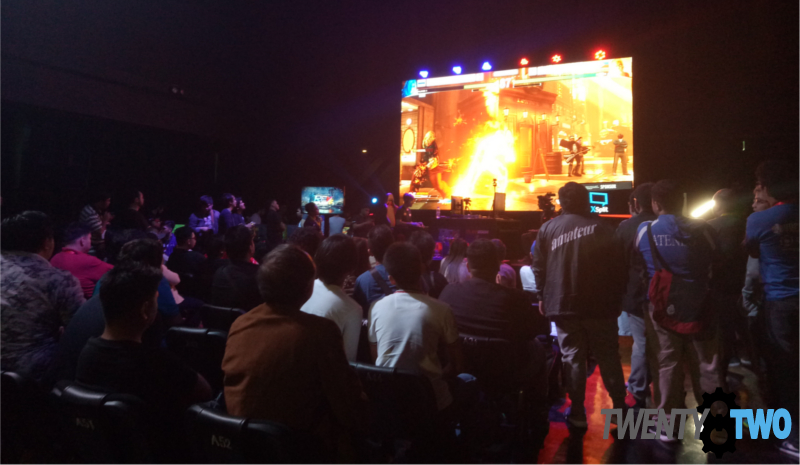 Though it’s not the absolute best camera for low light photography, as it may struggle to focus at certain times. 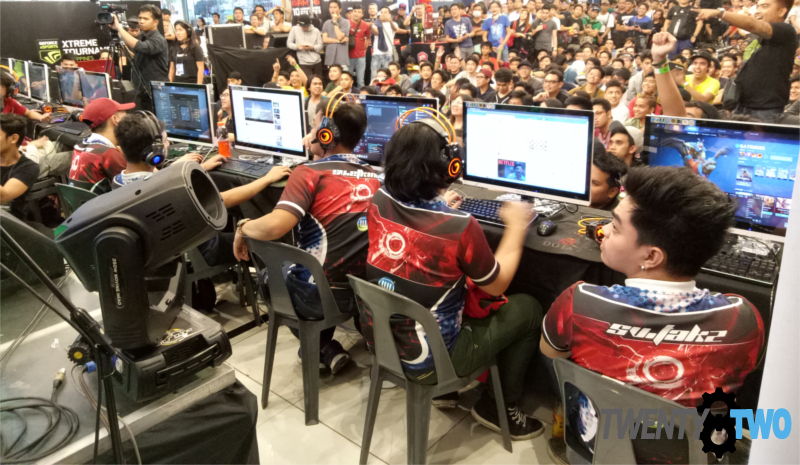 Overall, the F3 has a great rear camera. Not a surprise, given that the F3 Plus also produces great photos. While the rear shots are great, they do fall a bit short when compared to photos taken with flagship-level devices. 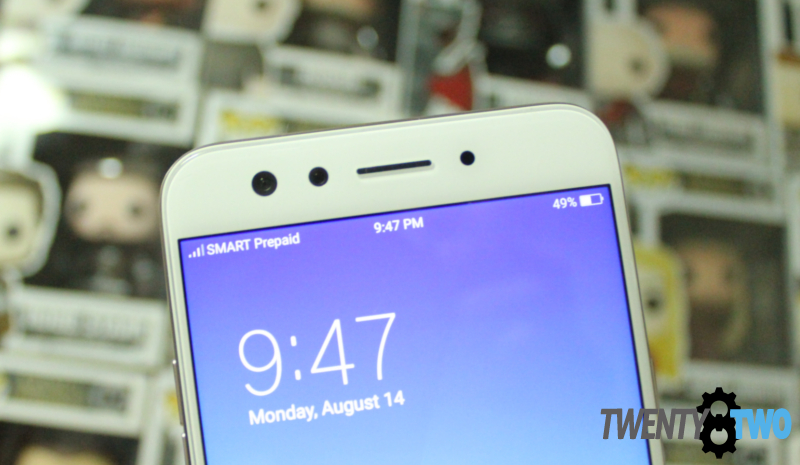 For selfies, the F3 shines. Be it a selfie or a groufie, a daytime shot or a low light one, the F3’s dual-front shooters will take great quality photos. 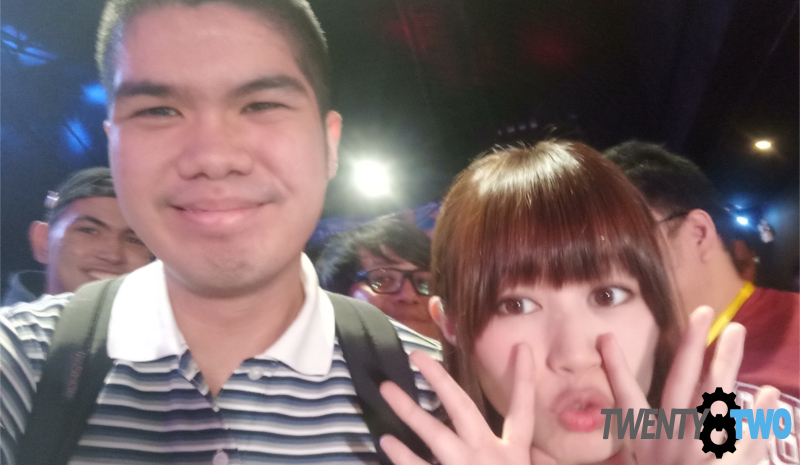 As with the rear, the front shooter set-up is almost the same as the F3 Plus. The image quality is also practically alike, so for more selfie samples, check out the F3 Plus review.

Packed with a 3200mAh battery, the F3 will generally last a day of medium to heavy use. Extremely heavy use may nearly drain it by the end of the day, though for the most part, using the F3 won’t have you reaching for your power bank soon.

The F3 lacks the Plus variant’s proprietary VOOC flash charging feature, which might disappoint some as flash charging is a helpful feature to quickly juice up your phone. But the F3 is far from a slow charger, as it does charge decently fast, going form 10% to full in just under two hours. 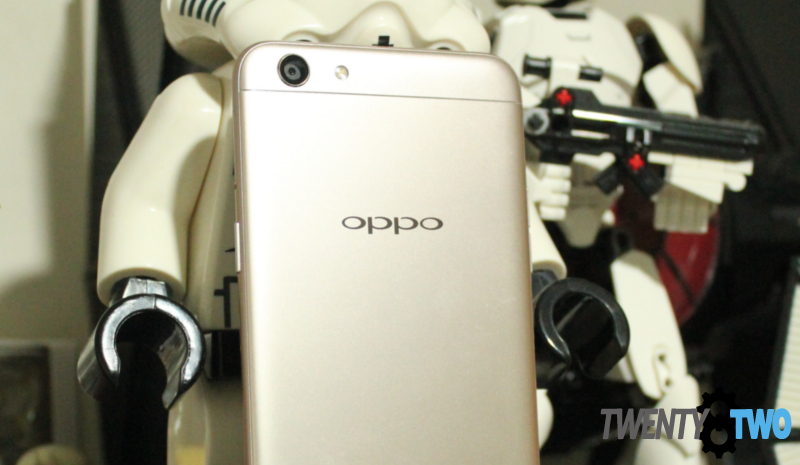 The OPPO F3 is a compelling midrange device from the Chinese brand. It has one of the best selfie cameras in the market, and it’s paired with a great main camera. Performance is also good for day-to-day use, as well as for some light gaming.

As with the F3 Plus, it’s only main drawback is the OS, which still runs on Android 6.0 Marshmallow even though Android 8.0 Oreo is on the horizon. Though again, only power users/smartphone enthusiasts will be disappointed with the F3’s OS, as it will be fine for a lot of users.

Speaking of the F3 Plus, the smaller F3 is a few steps behind its larger sibling performance-wise. Though this is to be expected, especially as the two phones have a big price gap. The F3 costs PHP16,990 (compared to the Plus’s PHP23,990), and it’s well worth the money, especially if great selfies are a priority.