Back then, when people mention gaming cafes, people often think low-end computers with cheap peripherals. Now though, gaming cafes have become much, much better; with computers being able to play the most demanding games, and having areas with excellent amenities.

Leading the charge in improving the state of iCafes in the country and in Asia is Nvidia, as they’ve recently announced that there are now over 250 GeForce-Certified iCafes in the region. 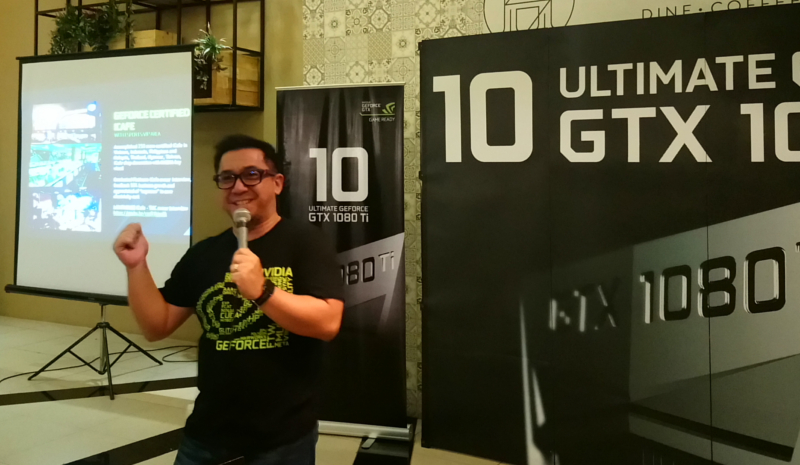 NVIDIA has announced that there are now more than 250 GeForce®-certified iCafes in operation across Indonesia, Malaysia, Taiwan, Thailand, the Philippines, South Korea and Vietnam.

Across the Asia-Pacific region, GeForce is the preferred brand in iCafes, where thousands of  gamers visit daily to play their favorite PC games and socialize with their friends. NVIDIA expects more than 500 GeForce-certified iCafes to be in operation in Asia-Pacific by the end of 2018.

“It’s amazing to see so many iCafes across the region equipping themselves with NVIDIA GeForce GTX GPUs to provide the best possible gaming experience to their customers,” said Simon Tan, director, consumer business, APAC South, NVIDIA. “It shows that the iCafe owners truly appreciate the importance of having NVIDIA technologies and understand what their gamers want.”

Other incentives of the program include exclusive participation in Jumpstart for new GeForce product launches, in which iCafe owners can also learn advanced business models; iCafe seminars to learn more about best practices, market trends, program updates, and promotions from NVIDIA partners; and systems integrator workshops.

iCafe owners are also invited to attend the iCafe Discovery Conference in China. There, iCafe experts, systems integrators and add-in card partners will share innovative business models and ideas, which iCafe owners can apply in their respective countries. Conference benefits include food and beverages, VIP area, eSports zone and a broadcasting room, all aimed at helping iCafes increase revenue.

NVIDIA helps raise the profile of GeForce-certified iCafes by holding major gaming events such as GeForce Xtreme Tournament (GEXT) and Overwatch Open SEA on their premises. These events attract thousands of gamers to the venues, raising the iCafes’ visibility.

Within this regional program, High Grounds by The Net.Com (TNC) is one of the GeForce certified iCafes to earn platinum-class in the Philippines. TNC provides a stylish environment for gamers with a fusion of a nice café and an ultimate gaming area that features 100 NVIDIA GeForce GTX 1060 PCs and the first eSports arena in the Philippines powered by NVIDIA GeForce GTX 1080 GPUs to meet every gamer’s demand.