Ragnarok is Back! RO Festival held at SM North EDSA to celebrate the game’s return

elite global sourcing2 games242 gaming287 gravity2 mmorpg19 online games23 ragnarok1 ragnarok online5 ro1 rpg15
One of the biggest and most influential MMORPG’s in the country, Ragnarok Online, will return soon! With its impending return, a Ragnarok Festival was...

One of the biggest and most influential MMORPG’s in the country, Ragnarok Online, will return soon! With its impending return, a Ragnarok Festival was held last March 7 at the SM North EDSA. It was the first Ragnarok gaming event held in years with gamers old and new present during the festival. 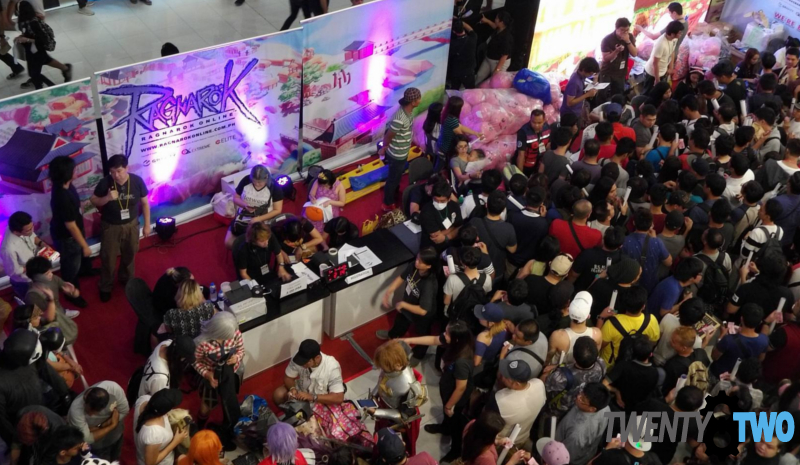 The Ragnarok Festival featured everything Ragnarok Online (RO) from Costume play (Cosplay) performances plus RO-inspired competitions such as ‘design your own RO headgear’ and a showcase of amazing fan art. Popular bands such as Imago and Sandwich (both of which have MMORPG fans) performed their signature songs during the festival.

Other notable attendees include the developers of the MMORPG Gravity Co., Ltd., with their regional and local publishers, Electronics Extreme and Elite Global Sourcing, Inc.

From its debut back in 2003, Ragnarok Online became one of the leading MMORPGs for Philippine gamers. It’s even considered the pioneer of Filipino MMORPGs. The game’s immense popularity sparked the interest of Filipino gamers and paved the way for cosplays and even spawned a well-known 26-episode anime series.

Ragnarok Online is back

The game enjoyed a renaissance through Taiwan, Thailand and Indonesia and has since become the number one most popular game in Taiwan and Thailand (according to a Taiwanese gaming site). With close to 10 million players in the Philippines since its 2003 launch, it’s predicted soon enough that the game will have resurgence in the country as well.