When it comes to gaming devices, ASUS likes to push the envelope with their ideas. They really like working within the boundaries of a given platform but take it to the next level. Their GX700 boasted a liquid cooling attachment, and the GX800 took that and crammed in VR capabilities on-deck. Their ROG Phone came in a suitcase with all the bells and whistles if you so chose.

This year, the tech giant took notebooks as the platform for their newest masterpiece. It looks like a laptop, but it’s closer to a Surface Pro than a Zenbook. And since this is ROG we’re talking about, it has to be crammed with the latest hardware possible. They call it the GZ700 ROG Mothership. 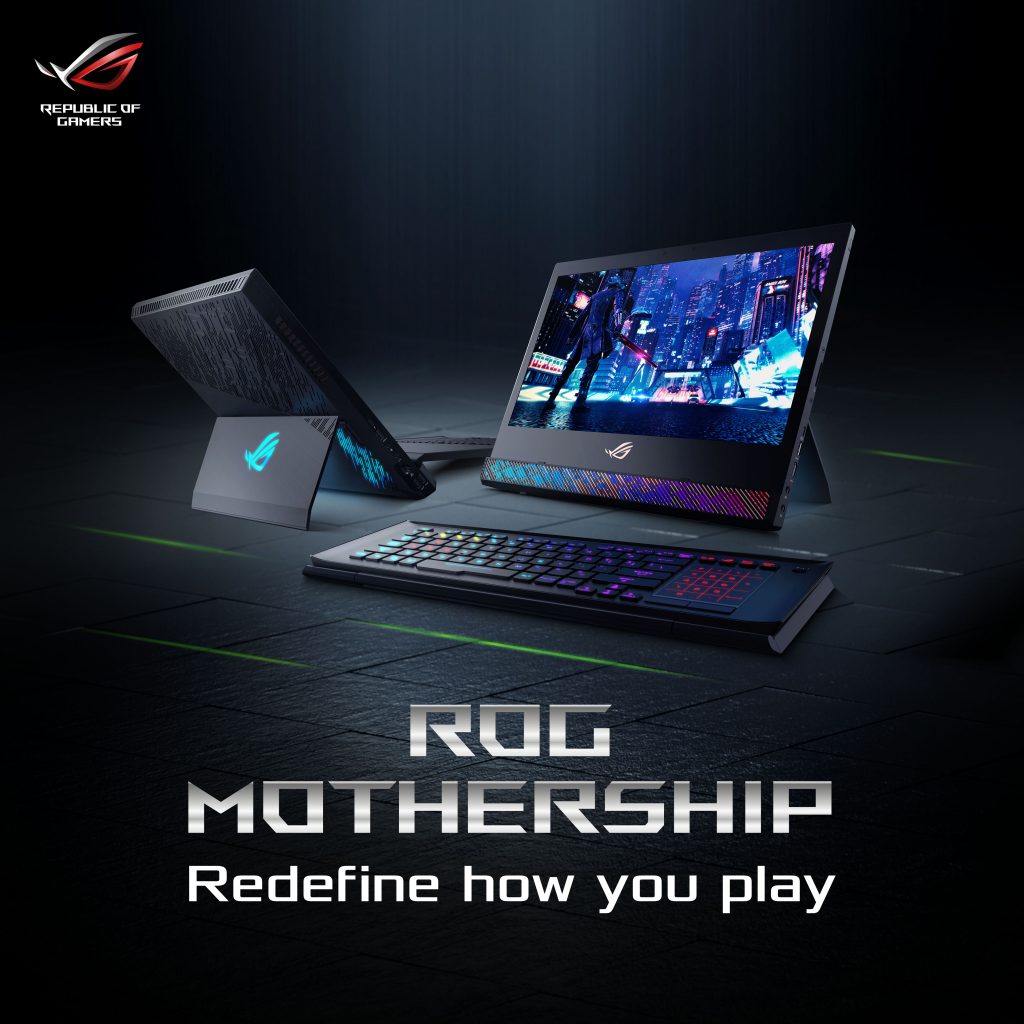 The Mothership’s innards are behind its 17.3-inch, 1080p, 144hz display, unlike conventional laptops. The RGB keyboard is wireless and can detach from the display if you wanted, and comes with a touchpad to the right side. Inside, the Mothership is powered by the latest NVIDIA RTX graphics cards for cutting-edge gaming performance.